Before the 21st of December, someone close to President Carles Puigdemont stated their intention of becoming “a pain in the a**” (sic) for Europe after winning the imposed election.

I confess that the night of December 21st was one of the most beautiful political memories of my life. Because of the pro-independence absolute majority in the face of authoritarianism, and also, because of the 12,000-vote advantage of the President’s list over the Republican Left. Few votes, but enough.

Forgive me, but if the candidature of the unjustly jailed and silenced Catalan vicepresident Oriol Junqueras had triumphed, right now we would speak of yet another autonomous government within the Spanish system, ignoring Catalan legitimacy and, sure, very left-wing. However, we all know that this election revolved around the national (Catalonia-Spain) axis, not the right-left one. The Republican Left should not try to deceive us and themselves as Ada Colau’s “Commons” do.

A multi-organic crisis in Spain can open a window of opportunity for the Catalan Republic to be deployed. We must be prepared and even facilitate it. We must persevere, denouncing urbi et orbi the daily violation of our rights.

Only the Catalan people, represented in Parliament, has the power to elect its President. It is non-negotiable. Any external hindrance on people enjoying their rights to political participation is undemocratic. We would look like Iran, where candidates must be pre-approved by a higher hierarchy.

The German government’s spokeswoman reminded of the obvious the day after the election, saying that “it is up to members of the Catalan Parliament to form a government.” A not-so-subtle humiliation of Mariano Rajoy. He and his prosecutors, by the way, are ignoring the call for dialogue and reconciliation of Angela Merkel’s government and the international press. Germany’s patience is not infinite.

The autonomy of Catalonia is suspended at all levels, without any legal basis. In financial matters, already before the referendum on October 1st. We still have 4 political prisoners, and 8 deputies facing obstacles to carry out their popular representation in Parliament. We Catalans suffer under a general criminal case and witch-hunt against proponents of independence. Spanish Minister Cristóbal Montoro arbitrarily asphyxiates the financing of our public media and cultural institutions. If we bow our head and accept this “normality”, our next fight will be to avoid falling further down.

Oswaldo Payá, a Cuban democrat and Sakharov Prize, based his famous Varela Project on the weak spot of all dictatorships: they do not respect their own laws. He demanded laws protecting the fundamental rights and freedoms recognized in the Cuban Constitution but systematically violated in practice. In the end, the Cuban Assembly denied the validation of the tens of thousands of signatures collected because each of them was not accompanied by a sworn statement before a notary public ascertaining that the undersigned was a voter (sic). The Varela Project’s leaders suffered terrible state repression and the heroic Oswaldo Payá ended up dying in suspicious circumstances in 2012. But that is another story.

Spain, in its blind and revengeful criminalization of the Catalan pro-independence movement, is getting into an authoritarian swamp incompatible with the guarantees of its own Constitution and European legislation, especially the European Charter of Fundamental Rights and article 2 of the Treaty of Lisbon, which specifically protects the rights of minorities.

The crushing of Catalonia’s ancient institutions of government perpetrated under the “cover” of article 155 of the Spanish Constitution is not a Catalan defeat, it marks the beginning of our victory.

We work to accelerate the paytime moment for Madrid’s crimes and errors. At the moment, Spain’s international reputation (Marca España) is already devalued.

Supporters of the Catalan Republic need to defend our national rights by firmly demanding the restitution of our legitimate government. Since Catalans have given us a parliamentary majority for President Puigdemont to be sworn in, we must do so. Any plan B would imply renouncing the democratic rights of Catalans, now and in the future. There may be no excuses.

If we have to repeat the election, we will. Time plays against a weakened and corrupt central government, and an inquisitorial judicial system. We have managed to ratify our absolute majority with our country and institutions occupied, 8 prime candidates silenced and a record 82% turnout. We have proven that the Catalan Republic is the electoral “strong horse” and the only democratic project. Next time, we can count on the bandwagon effect.

The ballot boxes and democracy are ours, repression and authoritarianism are theirs. Who in Madrid will dare to explain in Europe that the President elected by the Catalans is jailed for political reasons and that Catalonia’s democratic government is dismissed once and again and again…

Allô, Europe! Get ready for the Catalan Republic. 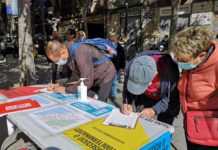 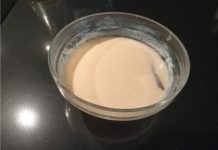